Recap of the Swiss Cloud Day 2022 in Zurich 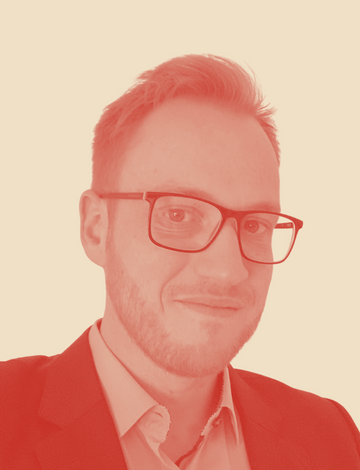 You might think that every business in the German-speaking region of Europe is subject to the same laws, has very similar cultural behavior and shares the same pain points in all the familiar markets. But then you go to Switzerland and suddenly everything is different.

It was already clear in the keynote talk that we have completely different hurdles to overcome; that we must hold more intensive conversations, eliminate fears and objections, and build trust. I know and love Swiss culture, so for me this was not unusual, not surprising, and certainly not new. Werner Vogels took the podium and did not give his usual presentation about prospects and new Cloud solutions. Instead, he started off on a journey back to 2006 when the S3 and the first EC2 instance still existed.

You heard right, I thought to myself, looking around the audience; the market is different here. Yes, here in Switzerland, I subscribe to the AWS slogan: “Every Day is Day 1.”

But back to us. I couldn’t help but notice that the looks directed at our booth were mostly ones of astonishment and suspicion. The design we had chosen: urban culture on a lake with a hint of the Alps in the background, “kreuzwerker.” Where was that so often emphasized “Swissness”?

To go on a journey of thought with people we don’t know was new, exciting, enlightening and showed us that we’ve done many things right. Curiosity was aroused, conversations were started, and praise was reaped. The conviction that we need to stay exactly as we are crept in: genuine craftsmanship from Kreuzberg.

There were countless conversations with customers, AWS colleagues and competitors. To mention one of them individually here would be unfair to all the other great conversations. But I would like to emphasize the unbelievably friendly atmosphere, which I haven’t experienced to this degree at any other event. It would be an exaggeration to say that the mood was euphoric, but it was a mixture of anticipation, zeal and there was a palpable trace of pioneering spirit. It confirmed for us kreuzwerkers that the path we took in 2017 to found a company in Switzerland was the right one.

So… What does the Swiss inventor and major industrialist Martin Othmar Winterhalter have to do with the Cloud? One of his greatest achievements is the zipper. Just like back then, it is not a great art to close a jacket, but the connections now are more efficient, faster, safer and more durable than using buttons or tying clothes - logical. There are many ways to go Cloud. It’s easy to outsource your workloads, but it seems there’s really only one vendor that’s emerging as the zipper of the modern era. This one is opening a new data center in Switzerland in Q4 2022.

The kreuzwerker managed service program is a commercial framing around various aspects of interactions with the AWS Cloud.

We host, manage and optimize the interaction of all Atlassian tools.