Books can be filled with details about how to CICD - this article gives a quick, yet detailed view about why and how to establish a whole CICD workflow with the use of gitlab.com CI and a sample AWS ECS application 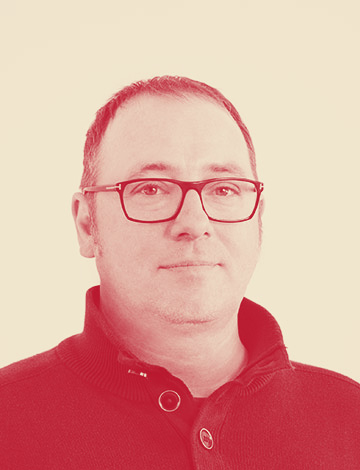 Developing complex software projects and running them is a huge task, especially for large teams. Especially when you consider that a project in development needs to be built, deployed, tested and improved continuously. No matter if services are running on hosts on premise or on any cloud computing platform – from an early time on in the lifecycle, as much as possible recurring tasks need to be automated – otherwise the overhead will be far too much handle. To be able to quickly reproduce and setup your project, best practice is to automate service deployment, possibly using Infrastructure as Code (IaC) for provisioning your infrastructure in the cloud, for example AWS. With both you must keep track of changes in the code, as well as for the infrastructure itself, processes for running updates, checks, tests and whatever is needed to keep the application up to date and running the latest working and released version.

This is where Continuous Integration / Continuous Deployment (CICD) comes into play and changes the game: CI and CD are concepts that have been in use ever since the nineties. The goal is to continuously integrate applications in development and to continuously deliver them all completely automated. The main benefits are faster release cycles, continuous testing, better fault detection and isolation, which reduces human error factor and reusability in different environments and projects. It is a great help for developing robust and reliable applications.

Using the CICD approach involves version control for your sources, as well as worker instances for running automated tests and deploying your infrastructure and the workloads. Countless possible tools can be used to achieve all this. One very well known combination would be GitHub for version control and Jenkins for the workers plus the AWS cloud for running the workloads. The IaC part with terraform for example, deployed by the Jenkins. In such a scenario, jenkins would cover running tests, deployments and other maintenance jobs. The disadvantage of such an approach is that it includes several platforms to be managed and a great number of different tools is involved. Many levels of authentication must be implemented and maintained. I’d like to introduce the possibility of having it all under one hood by using gitlab and its integrated CICD solution. The great advantage here is the integration of all the necessary components in one very well implemented and highly flexible solution. Starting with the git repo which your CICD workers can access and react on all kinds of git events such as pushes to named branches - all without leaving the scope to another platform and/or host. No need to trigger pipelines on a distant Jenkins, simply use integrated gitlab CI pipelines and workers.

We’ll have a detailed view on how to establish a whole CICD workflow with the use of gitlab CI using a sample AWS ECS application in the next chapter.

Some quick facts for integration and pricing:

Integration-wise, use it as SaaS or self-managed (on premise or using a cloud service such as AWS, there even are official docker images available).

For the pricing, there is a free tier available and two paid plans to chose from. With the free tier, you can perfectly cover testing. It includes 400 CICD minutes per month (the total time your workers are running). If you’d be using the SaaS version (self-managed doesn’t have any minute restriction for workers). As for the feature enriched premium ($19 user/month) and ultimate ($99 user/month) versions, the minutes included increase to 10,000 and 50,000 minutes per month for the SaaS usage.

kreuzwerker as an official gitlab partner happily answers any detail question about the solution and purchases.

In this sample scenario, a simple containerised java web application that provides a REST API is deployed into a AWS Elastic Container Service.

The CICD scenario covers automatic building, testing and deployment of the application.

The infrastructure of our sample scenario consists of the following parts (illustrated in the diagram below):

This is an outline of the infra hosting the sample application on the AWS cloud: The sample application (visible in the above diagram as the Fargate containers) which is the workload of this scenario needs to be built and deployed to the infra just introduced - details about the steps to achieve all this follow in the detailed description of the pipeline.

Let’s introduce the stages of our CICD pipeline:

The pipeline will be triggered by git events such as commits and merges to the repo in the gitlab project.

For the first phase, the deployment of the infra to the AWS cloud, you need to provide secrets that grant the access level needed to do the job.

The secrets can be stored as secured and masked variables in the gitlab CI configuration, which looks like this: All about using variables with gitlab can be found here.

The whole pipeline configuration must be defined in the file .gitlab-ci.yml the root of your repository (needs to be exactly .gitlab-ci.yml)

In our example we used:

The pipeline details per stage

For all steps in this stage, the image aws-base:latest from the gitlab registry is used as AWS cli is needed to run the deployment of Cloudformation stacks

The code for all steps in the .pre stage:

The build process for the application is next in line. It uses gradle to build the Java sample application. Therefore the jdk must be available on his stage, so the images chosen for this stage is image: openjdk:11. The resulting artifact will be cached in $APP_DIR/build/libs/*.jar for usage in the later packaging step.

The code for the build stage:

In this stage the docker image is built containing the runtime environment for the prepared Java sample app and pushed to AWS ECR repository. The repo resides in the staging environment, which was provided in the .pre stage.Requirements for this stage: access to the built Java artifact from the last step and access to the credentials file, which was generated in the .pre step to get access to the ECR repository in the staging environment.The image needed to do the packaging (image: docker:latest, the official docker image as the docker cli is needed for the tasks in this step) does not have the AWS cli available. This is why the authentication to the AWS ECR had to be covered in a step earlier and is reused here:
In the before_script phase of this stage, which is the stage specific preparation phase, the credentials file (artifacts) is mounted into the worker instance. It is needed to grant docker access to the AWS ECR repository. Now the docker cli can authenticate with the AWS ECR and upload the built image.

And of course the built sample application needs to be available to build a complete docker image ready for deploy to AWS ECS. It is made available through the mount of artifacts as well.

Now that everything is in place, docker cli can build the image, then push it to the AWS ECR repository.The code for the packaging stage:

Provided everything has gone well up to now, the pipeline would continue in the staging phase - where the sample application image is deployed to the AWS ECS cluster in the staging environment.

The image used for this gitlab CICD stage is the same as used for the infra deployment of the .pre stage.

In this stage another Cloudformation template is deployed which is creating a task in staging ECS cluster. The docker image used for it was pushed to the staging environment ECR repository in the stage before.

The code for the staging stage:

Now that there is a running instance in the staging ECS cluster, we can perform some tests:

A simple shell script checks if the exposed URLs of the sample web application do respond correctly.

The code for this stage:

In this stage the previously built and tested image is promoted to the production level. Simple retagging can do the job:

the code for the promote stage:

Deploy the image to the production ECS Cluster - script and image are the same used in the staging stage - but this time variables use $prefix=production as well as the $ImageRepositoryUri pointing to the production environments ECR repository.

The code for the production stage:

This stage actually uses the same .deploy section defined for the “staging” stage code. You only need it once in the code, so it is only listed in the staging section.

The whole pipeline setup I used to run this example project can be found here.

Following the CICD approach is the logical and right direction to go for developing complex projects, and there are countless tools and services to use. One of the the most convenient solutions is gitlab.com. I gave you a glimpse of the possibilities in this article. The integration of everything needed to cover the whole workflow under one roof can be a huge time saver. Everything about gitlab is very well documented and accessible. You can either use the hosted SaaS gitlab version (GCP in the USA) or self-managed ones under your full control, hosted where it is most convenient for you.

Should you be interested in using gitlab, you are very welcome to contact kreuzwerker as an official gitlab partner for more information.