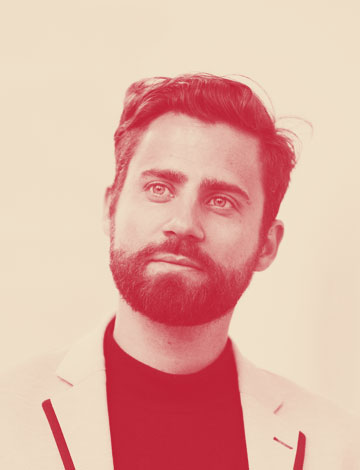 What does it mean to be an AWS Ambassador?

From the 19th to the 24th of September 2022, I accepted an invitation from AWS to go to Seattle, Washington, to participate in the Global Ambassador Summit to meet, exchange, and network with over 246 ambassadors from all over the world. AWS defines the program on their official homepage:

To become an ambassador, it is required to be employed by an AWS partner. Additionally, you need to have two business and eight community contributions. Business contributions include certification influences, Immersion Day deliveries, and community contributions: blog posts, open source projects, and webinars completed within a year. The reader may ask why did I start making these contributions? What motivated me? Besides the aspects of technical blogging that I was already cultivating, such as improving my English writing skills and becoming more confident, I wanted to give back to the community and gain visibility for kreuzwerker and me personally. However, the most important thing was to write about our technical highlights within projects we regularly realized on AWS. Furthermore, I was inspired by what else could be possible, such as doing a podcast. Maybe soon one day with the great Dennis Traub? 🤔

But now, back to this blog post. I want to take you through those five days in Seattle; what I learned, what inspired me, and my takeaways. Unfortunately, I can’t go into much detail as all talks were under NDA. Let’s start with my daily inspirations.

Fortunately, I had a non-stop flight from Frankfurt to Seattle. It was still reasonably moderate, with a total of 13 hours of travel time. What was more challenging for me was the 9-hour time difference. I felt like I had partied all night. The initial plan was to drop off my stuff at the hotel and then go straight to the Amazon HQ at the Spheres where our Ambassador lead for the EMEA region had planned a guided tour. Unfortunately, the offices were closed that week due to renovation, so I went out on my own to explore the city.

Another highlight of that day was meeting the other Partner Solutions Architect (PSA) region leads from all over the world for dinner.

I was happy to begin the following day with a session in the hotel gym that had a pool. Then I met the other ambassadors who were already in the city and we started exploring.

Still jet lagged. The Summit started today, and after another gym session and good breakfast, we hopped off to the location at 10 am. The place was fancy; however, in specific points, essential and pragmatic. As I learned later, Amazon intelligently builds their buildings. Also, the furniture is built in a way that it can easily be removed and replaced if they want to rent the space to another company.

As already mentioned, I cannot go into details about the talks. However, I want to highlight specific quotes and thoughts from my notes that day. Here from Jon Ramsey:

Software is going to eat the world

For me, nothing new or unique; as in my opinion every company is a software company nowadays. Jon asked if a computer could generate an exploit for a vulnerability. It turns out, there already was a challenge in 2016 asking that question. However, then Jon asked: how would it also be possible to generate an antivirus against a new virus? Well, this was part of his vision for the future of security. We also talked about the future of networking and VPC on AWS and Machine Learning. Bill Vass, who has 42 teams reporting to him, explained how engineering, computer vision, AR, and robotics will be combined from the AWS ecosystem’s point of view. This is important because Bill managed to connect so many dots within the AWS universe and gave us an outlook on how he and AWS see the future in ten years. This vision is still blows my mind.

In the evening, we went to the Museum of flight where contributors received golden jackets 🧥. I was not part of it this year, as I had only become an ambassador one month earlier. However, next year, I’ll be part of it. The prizes were handed to the winners by no one else other than Jeff Barr. I’ve been reading his posts since I started with AWS, and I bet everyone else in the AWS universe too. Although his blog posts are very expressive and extroverted, he’s very humble in real life. It was a pleasant surprise meeting him in person. Another significant note was that kreuzwerker was recognized and associated with our superwerker open-source landing zone solution.

New day, another morning at the gym. This time, I had the pleasure of having a deep conversation during breakfast with another AWS ambassador from the US about the differences in our cultures. I love not only the technology connection, but the human connection.

The talks started with the awesome Richard Hua on how to supercharge your career. From his point of view

I especially liked this talk as he combined a lot of the elements I knew from different perspectives from my training in Neuro-linguistic programming, such as

Technically, we had Matt Yanchyshyn speak about the future of ControlTower and the future roadmap, which was super interesting for me as we rely on it heavily in our superwerker tool mentioned above. I was happy to hear that some things are coming soon, which will simplify our integration. 🚀

As the participants step-by-step got to know each other during those days, we had lots of exchange on a technical level in the breaks and over lunch. Exchanges, such as how do you do your Well-Architected Framework Review (WAFR) and which parts could you automate and simplify? Ah, cool; what’s the name of the tool? This was super beneficial.

In the evening, we played pool and table tennis in diverse nation teams. There was a bowling challenge, which the ANZ won. Congratulations! Next year EMEA will be stronger.

No gym for me that morning as it got a bit late, and the jet lag was kicking in. However, the only official talk of the day about Amazon’s culture of innovation was more than awakening and inspiring. How do they ensure that decisions are made down the hierarchical tree? Why is going up the organizational tree asking for help stopping their momentum? Based on their Leadership Principles, which don’t tell you what to do but reframe your thinking, we talked intensively about

After the lightning talks, most folks were already heading to the airport. However, a smaller group stayed together and explored the city, trying out the Amazon Go stores, as we don’t have them here yet. Well, it ended in a small pub crawl with lots of laughing.

Looking back, it was a fantastic experience. It was the right decision to arrive a day earlier and leave a day later to have more time to connect to the people and explore the city.

My biggest takeaways were

This post is not only about how great my personal experience at the summit was, but also about how our grown partnership with AWS enables each technical individual in our kreuzwerker organization to become an AWS ambassador. Besides the facts mentioned above, you need two professional or specialty AWS certifications and a deep passion for advocating AWS inside our organization and contributing your knowledge to a broader community. Your benefits are regular technical webinars and briefings with topics under NDA, events, innovation usage credits, exclusive SWAG (which I love), and public website recognition with two publications per year on the APN blog.

Thanks for reading; and as a side note, we are hiring. I am more than happy to help you get to your next technical AWS level and support making you an ambassador.

Looking forward to seeing you all at re:Invent in December and next year at the EMEA and global summit. 🙏🏽