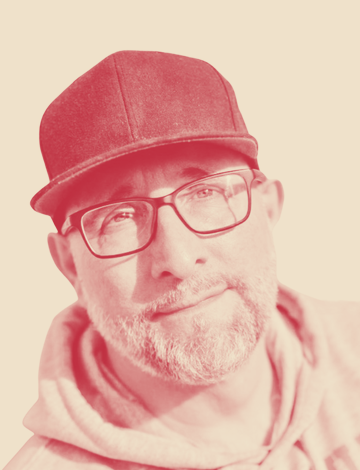 Wolfgang „wherethehellshouldwestart?" Kerner is an erudite, know-it-all (Journalism, German Philology, Philosophy) and has not just done something in media, but everything. Even theater. Today he does recruitment for us and “attracks” talents all over the world. A place, by the way, which Wolfgang has wanted to leave since July 21, 1969. He loves everything that has to do with space travel. And science fiction. But he can also become a rocket himself. Behind the DJ desk in the Bash bunker on the Nature One 2004, for example. Otherwise, Wolfgang is so damn human, he would pass every Voight-Kampff test with flying colors. If you ask him for a good book, he recommends Schrott, Raoul Schrott. We recommend: follow his recommendation! Whether it’s literature or the right employer 😉