The variety of topics guarantees that people with completely different backgrounds join one event.

Like in 2015 we attended the FOSDEM in Brussels. To make the trip to Belgium complete the Config Management Camp in Gent has been added to our schedule. This makes full four days of interesting talks and presentations as part of a huge crowd.

FOSDEM is completely organized by volunteers and free of charge for all attendees. It claims to be one of the best conferences in Europe and attending it the second year I can confirm that. The huge amount of interesting talks within 10 main tracks along with a ton of dev rooms is outstanding. The conference takes place at the Université libre de Bruxelles (ULB) in the south of Brussels which is a 20 minutes Tram ride from the city center. 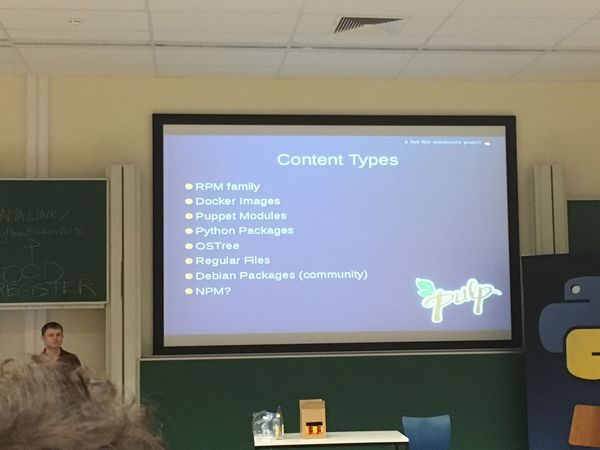 The variety of topics guarantees that people with completely different backgrounds join one event. Personally I’ve got interested in Virtualization, Security and Testing and Automation but didn’t missed some of the talks from other tracks (honestly forgot about some of them already as it have been simply to many).

As two days isn’t enough Config Management Camp in Gent was next. Whereas FOSDEM is gigantic in terms of number of people, Config Management Camp benefits particularly from the familiar atmosphere using the Hogeschool Gent as venue. I can not provide concrete numbers but I would think that it was around 550 attendees. Even though it is not a big conference there are a plenty of sessions and tracks next to the main track. It targets (as the name suggests) people that are mainly focusing on config management tools like Puppet, Chef, Ansible and Saltstack. So a very specialized crowd was attending it.

All in all it has been an amazing five stars trip to Belgium. I have to remove 1 star for the weather though but this is definitely not related to the events itself.